Understanding the Many Tests Throughout Your Pregnancy

It can be confusing to understand the many tests offered throughout pregnancy, especially as technology allows us to test for more and to be more accurate with our testing.  The good news is that each test you’ll undergo during your pregnancy is intended to help monitor the health of either you or your baby – so they are well worth the effort, even if at times you may feel like a human pin-cushion!

To help you understand the many tests you’ll experience during your pregnancy, we’ve divided the testing into trimesters to make it more manageable to understand the timeline.

During early pregnancy, testing is offered to determine if the mother carries a gene for an inherited genetic disorder that may affect pregnancy or the baby.  Some disorders are more common in certain races and ethnic groups, such as sickle cell disease (African American), cystic fibrosis, and Tay-Sachs disease (Ashkenazi Jewish, Cajun, and French Canadian).

Axia Women’s Health offers “expanded carrier testing,” which tests for numerous genetic problems.  Most of the time, we are aware that the mother is not affected with any of these diseases, most of which a person would need to have two affected genes in order to be affected.  However, if the mother is a carrier and the father is a carrier, the baby may be affected. Additionally, if either parent is a carrier of one of these diseases, the baby may also be a carrier.

In addition to genetic carrier testing, we do a panel of testing via bloodwork that shows whether the mother is anemic, is immune to varicella and rubella, is affected with hepatitis B or HIV, has an issue with her hemoglobin, has a urine infection, etc.  None of these tests determine the health of the baby, but they help us understand how to best care for the mother.

A dating scan (ultrasound) is usually done early in the first trimester to see if the due date is correct, the pregnancy is placed correctly in the uterus, and that there are no issues with the ovaries.

You’ll have several options to help screen for chromosomal abnormalities. These tests are optional and often create the most confusion, so here’s how they break out:

Also referred to as cell-free fetal DNA screening, this optional blood test finds the baby’s DNA in the mother’s blood and is 99% accurate in identifying chromosomal abnormalities. This test screens for Down Syndrome (extra chromosome 21), Edwards Syndrome (Trisomy 18), Patau Syndrome (Trisomy 13), as well as others. It can also determine the sex of the baby as early as 10 weeks.

As can be deduced from its name, the Sequential Screen is the product of potentially two, sequential screening procedures. If your risk for abnormality is high during Part 1, you’ll have the option to explore more detailed or invasive testing for diagnoses, which is completely optional.

Part 1, with Ultrasound (11-13 weeks)
The combination of bloodwork and ultrasound done at around 12 weeks of pregnancy can help to screen for genetic abnormalities. The ultrasound looks at the baby’s size and takes a measurement of the back of the fetal neck, where fluid tends to accumulate in babies who have chromosome conditions, heart conditions, and other health problems. This measurement, referred to as the nuchal translucency, if increased, can indicate a higher risk for abnormalities.

Part 2, with bloodwork only (weeks 16-18, second trimester)
If your result from Part 1 is below a certain risk threshold, an additional specimen is drawn in the second trimester. A blood test for Alpha Fetoprotein (AFP) is offered during this screen, which helps to detect Spina Bifida. Once this new specimen is processed, information from both Sequential Screens are combined and a report is provided.

There are two important characteristics that need to be understood about any of the screening tests you undergo. The first is that these are not “diagnostic” tests, meaning they do not diagnose, and are not 100% accurate. In most cases, if results are abnormal, additional testing is offered to confirm an abnormal result.  There is always a possibility of false positive and negatives, meaning they can show a problem when one is not present, OR can appear to be normal when there is a problem.

The other aspect to remember is that there are no tests available that screen for ALL genetic abnormalities.  These tests are made to discover common chromosomal abnormalities, but do not test for autism, mental retardation, or many other issues.

This blood test is offered to mothers who were unable to have the Sequential Screen or NIPT earlier in their pregnancy. It also detects for Down Syndrome and Trisomy 18.

See information above (we’ve grouped this test under First Trimester testing to keep it paired with its predecessor, the Sequential Screen, Part 1)

After navigating the many options for genetic testing, things get much easier!  An anatomy scan is routinely done at 20 weeks.  This is the best time to see the full anatomy of the baby, including the heart, bones, and organs.  Profile pictures are also very cute!  If any issues are noted during this ultrasound, further evaluation will be done.  If not, it is smooth sailing until 28 weeks.

At 28 weeks, screening is done to determine if the mother has gestational diabetes, which is a type of diabetes that can occur during pregnancy.  There are some risk factors that increase the risk of this, but everyone has a possibility of having it and are screened.  This involves a drink containing 50 grams of glucose consumed one hour prior to your bloodwork draw.  If your blood sugar level is over a certain threshold, a follow-up test is done to diagnose gestational diabetes.

A vaginal/rectal culture is done at 36 weeks to determine if the mother is a carrier of group B strep.  This is not an infection, and approximately 25% of women are positive at the time of testing.  If you are positive for GBS, antibiotics will be administered during labor in order to prevent the baby from being infected.  GBS infection of the baby is not common, but can be severe if it occurs.

Now you are in the home stretch!  Your provider may do an internal exam to determine if the cervix is dilated after 36 weeks.

At this point, two tests may be used to determine the health of the baby at the end of pregnancy or after your due date:

The non-stress test (or NST)

The NST is a test where two monitors are placed on your belly.  One records the baby’s heart rate and the other the tone of your uterus.  Your provider can determine the well-being of your baby and whether you are having contractions with this test.

The biophysical profile (or BPP)

The BPP is an ultrasound done, scored on the baby’s tone, movement, practice breathing activity, and amount of amniotic fluid.

There’s a lot to take in during the course of your pregnancy – from staying healthy and well rested, to planning for baby’s arrival. These tests are not intended to cause confusion or added stress, but to ultimately help keep you and your physician informed of your growing baby’s progress.

If any tests appear abnormal, you and your physician will have the appropriate time to seek additional testing and determine the best course of care. Keep in mind that these are the standard minimum testing done.  If there are any risk factors before or during the pregnancy, your provider may order additional testing, but it’s all to ensure a happy, healthy delivery at the end of your pregnancy. 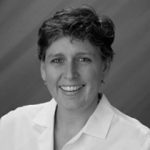 How To Navigate The Baby Formula Shortage

Pregnancy Brain: Is it Just a Myth or Reality?

What You Need to Know About Birth Defect Prevention: A Candid Consult

Can I Get Pregnant After 35? A Candid Consult

How Hormones Affect Digestion From Pregnancy to Menopause

A Mother’s Guide To The Fourth Trimester

The Importance of the Flu Vaccine for Pregnant Women

Coping with Pregnancy and Infant Loss

The Wonder of You: The Benefits of Breastfeeding

Is It Safe to Get Pregnant During a Pandemic?

Accessing Care During COVID-19: A Candid Consult with Dr. Rubino

Your Guide to a Healthy Pregnancy

Protecting Your Baby from Whooping Cough