What is an IUD?

IUD stands for “intrauterine device.” Shaped like a “T” and slightly larger than a quarter, an IUD fits inside your uterus, and is one of the safest, most effective methods for preventing pregnancy. While the IUD is a good choice for women or teens who do not want to get pregnant for at least one year, some women use IUDs for reasons other than birth control. For example, one type of IUD can be used to treat heavy, painful periods, or anemia from heavy periods. They can also be useful for emergency contraception, given that they are effective immediately after placement and do not require time for hormones to take effect.

How does an IUD work?

IUDs prevent pregnancy by preventing sperm from reaching and fertilizing eggs, although some aspects of the precise mechanism of action are unknown. IUDs are not abortifacients; in other words, they do not interrupt an implanted pregnancy. Pregnancy is prevented by a combination of the “foreign body effect” of the plastic frame and the specific action of the medication (copper or Levonorgestrel) that’s released, which impairs sperm function and implantation, and prevents fertilization.

How does IUD insertion and removal work?

An IUD can be inserted in your gynecologist’s office setting. The best time to have an IUD inserted is during your period, as this is when your cervix is most open. Overall, the entire procedure takes less than five minutes. You may experience some mild cramping from insertion, so some women often choose to take over-the-counter pain medication, such as ibuprofen or acetaminophen, before coming to the office.

Once inserted, an IUD can be removed on request, or at the time of expiration, approximately three to 10 years later. Removal takes about two to three minutes by your gynecologist in the office. You may experience some normal cramping and bleeding as a result, but this should go away quickly.

What are the different types of IUDs?

Five different IUDs are available in the United States, and they fall under one of two categories:

The benefits of using an IUD

There are several benefits patients experience when using an IUD. For example:

Let’s talk more about the effectiveness of the IUD. If you use an IUD correctly, your chance of getting pregnant is less than 1%. Here is a breakdown of birth control methods and their effective rates:

Using an IUD should not affect your ability to have children later on. If you want to get pregnant, simply ask your doctor to remove your IUD.  Your cycle should return to normal very soon after the IUD is removed, and you can then begin trying to conceive.

The disadvantages of using an IUD

While there are many benefits to using an IUD, there are still some downsides that should be considered. For example:

Who should not use an IUD?

There are some women should, for medical reasons, avoid using an IUD. Some examples are below.

Don’t be afraid to speak up

As a physician myself, I can tell you firsthand that your care provider is happy to answer any questions you may have about your birth control methods or the IUD. It’s what we’re here for!

If you already have an IUD placed, you should know there are several reasons for which you may need to let your care provider know you have a problem. In particular, you should see your doctor or nurse right away if:

Your gynecological health is important, and the IUD is just one excellent method for birth control today. Speak with your physician to determine the best course for you. 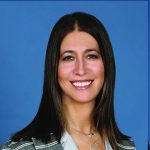 Everything You Need To Know About An Abnormal Pap Smear

What Every Woman Should Know About Gynecologic Cancers

Polycystic Ovarian Syndrome (PCOS): What You Need to Know

The COVID-19 Vaccine & Changes in Your Period: A Conversation with Axia’s Chief Medical Officer

When It’s More than PMS: The Signs You Shouldn’t Ignore

How To Prepare Your Daughter For Her First OB/GYN Visit

Why are my periods so terrible?

The Importance of Your Annual Gynecology Exam